Recap of the activities dedicated to World AIDS Day 2017. 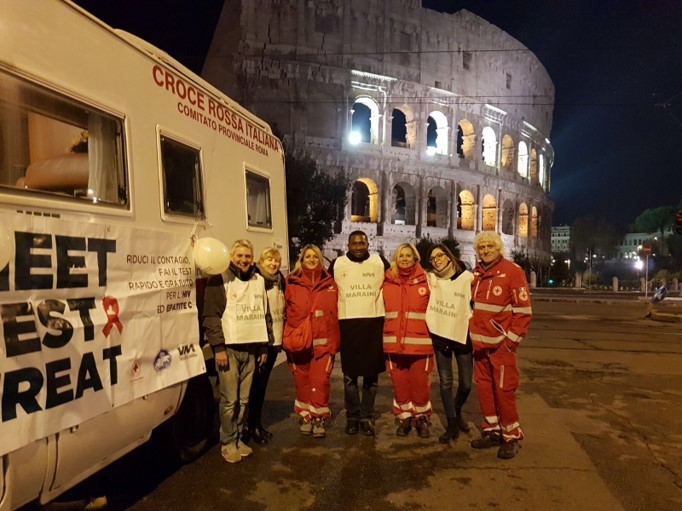 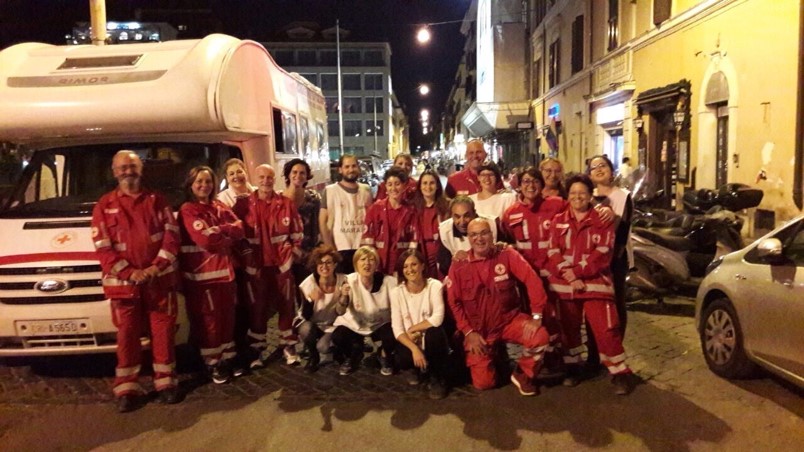 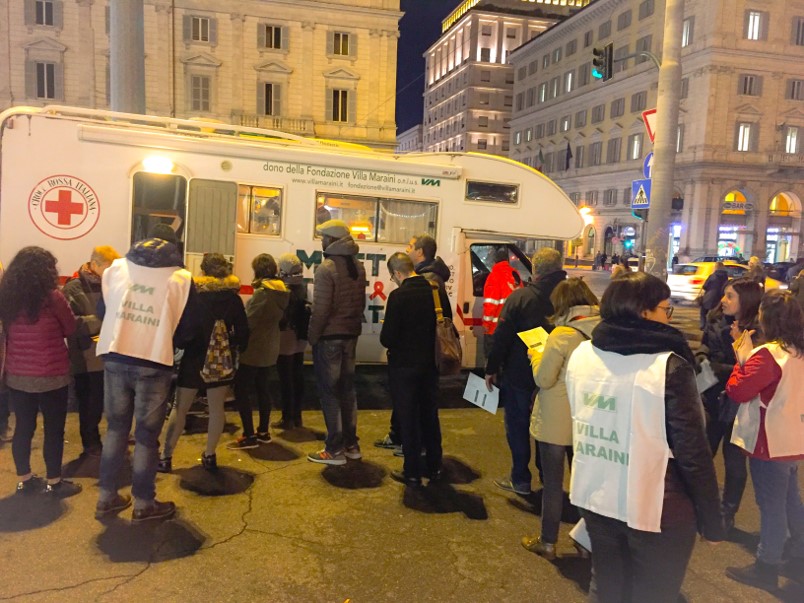 The Hungarian Red Cross Youth has been organising the national HIV/AIDS prevention competition and World AIDS Day for the 15th time. The final round of the competition was being held in the capital of the country (Budapest) in the Corvin Plaza, providing a great opportunity to reach out to as many people as possible.

The competition itself is was organised in two categories, one for high school students and one for young adults. All together there were 16 teams competing in the final round. During the competition the teams had to solve puzzles and answer question about the HIV/AIDS and other STDs as well as present the proper usage of a condom. The teams prepared posters about the discrimination that HIV positive people have to endure once they are diagnosed being infected. They were wearing their handmade and designed T-shirts fitting the topic.

Simultaneously to the competition the WAD was being held in co-operation with the Civil AIDS Forum, the Budapest Medical Students Organisation and the Company For Human Rights. Each NGO had their own stands helping people to get to know the topic better and to reduce the misbelieves about HIV. They also discussed about the rights of a person that is being diagnosed with HIV, explaining the legal steps that are necessary to take and many other human rights related topics. The Civil AIDS Forum provided the chance for taking anonym tests for HIV. By the end of the event a total number of 99 people got tested. During the whole day approximately 40 volunteers were working actively from the Red Cross. 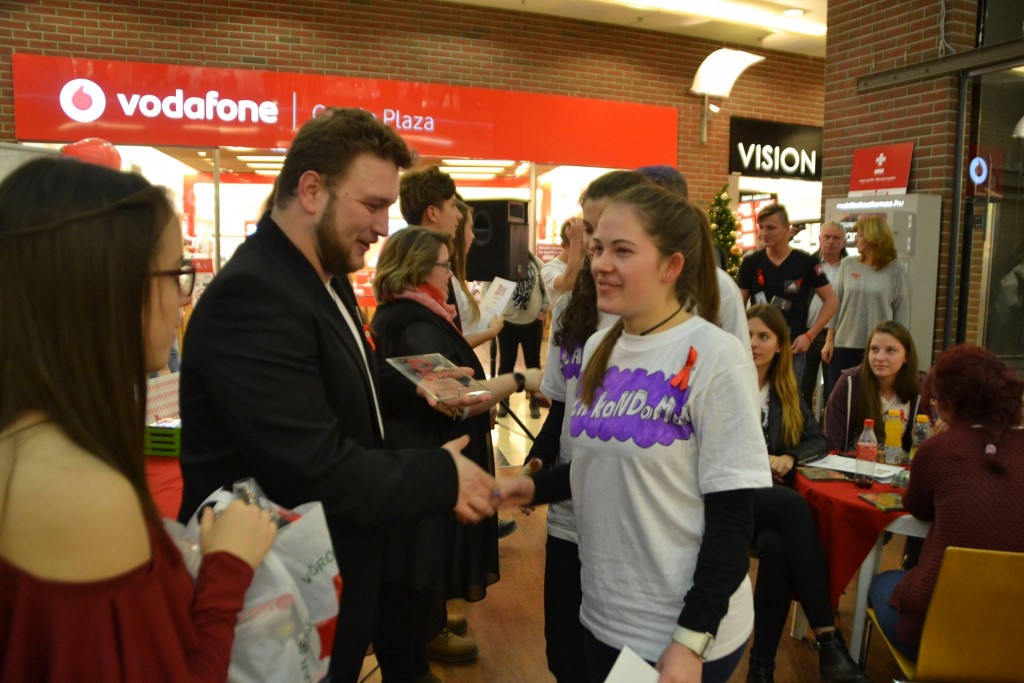 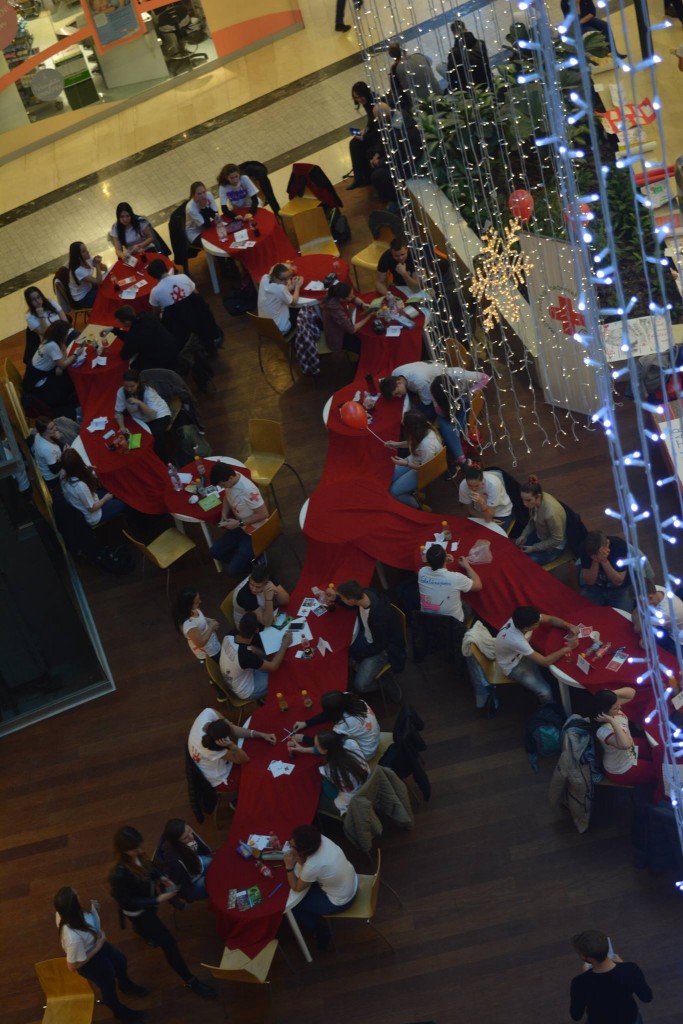 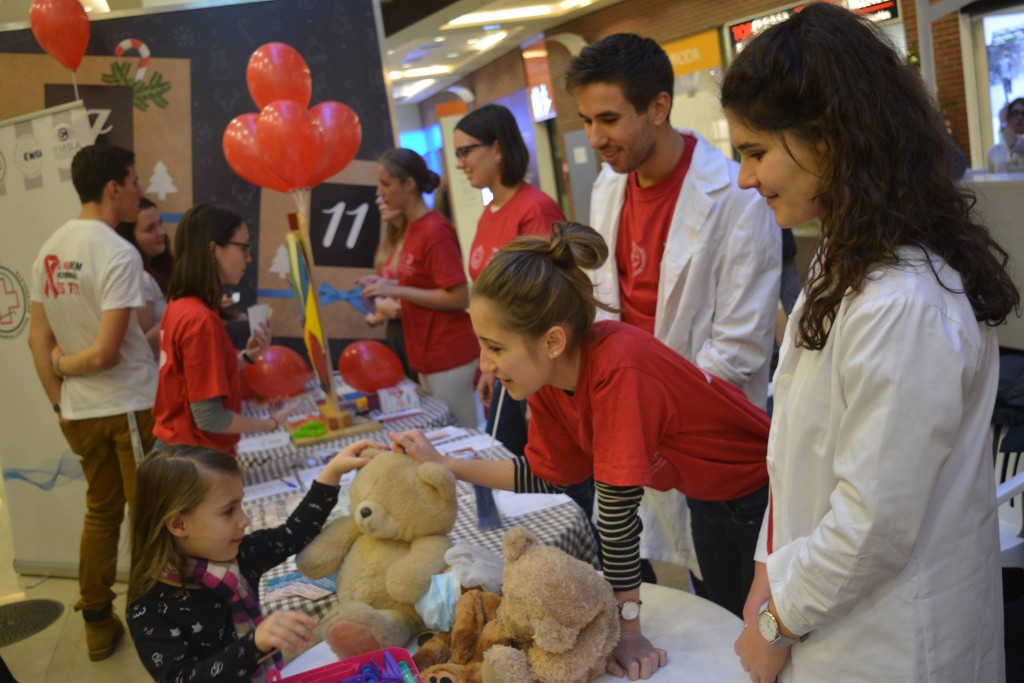 Since 1 December is declared as the World AIDS day, many Red Cross and Red Crescent national societies around the World are organising activities to raise awareness of HIV/AIDS — what impact it has on people’s lives, how to prevent the virus transmission and where to get support.

During one week, the Latvian Red Cross organised several activities in different cities, some of them are described below. 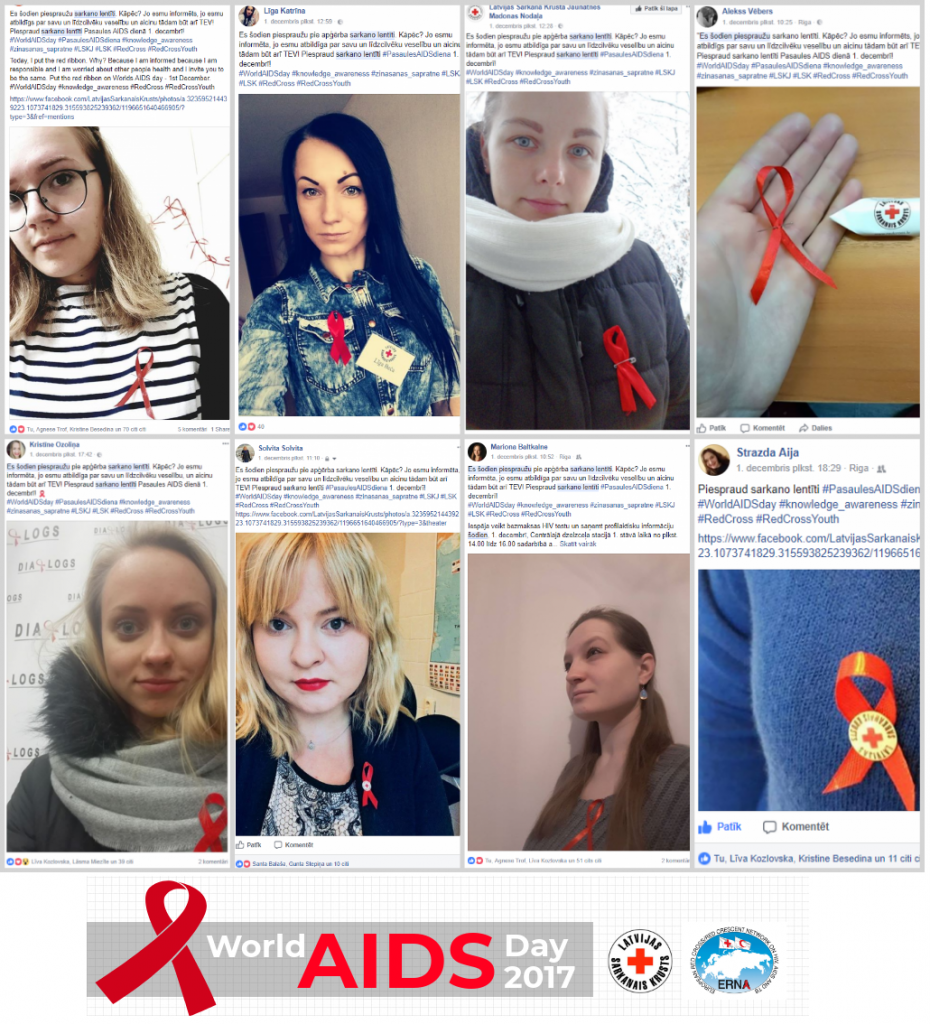 Information sessions, distribution of educational material and condoms – leaflets were distributed on December 1st in all Red Cross local branches and in Podgorica (in shopping malls and café bars). 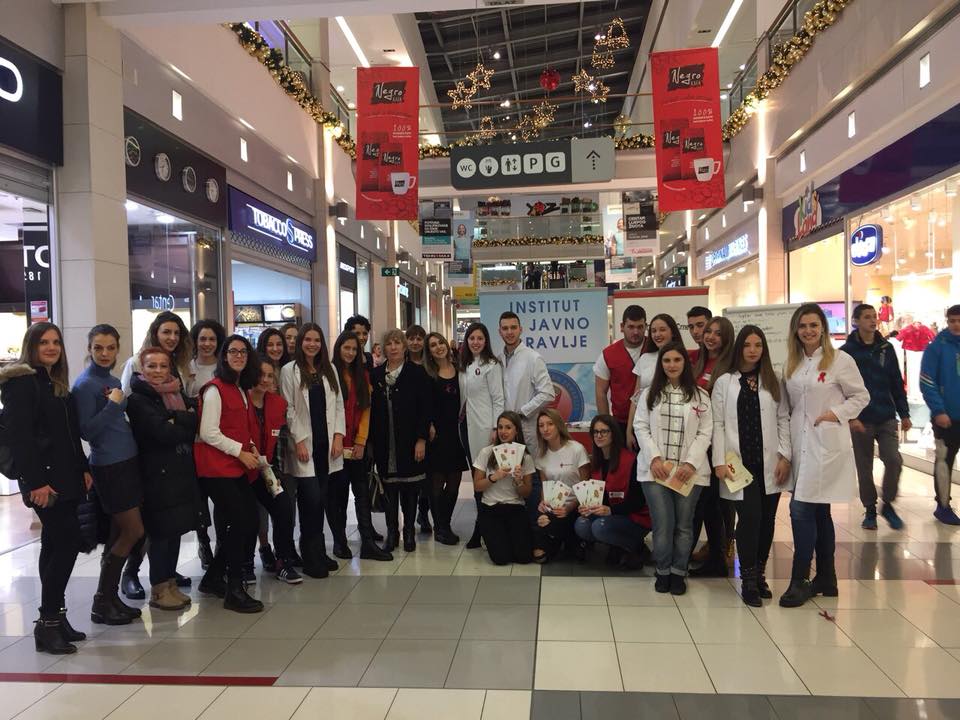 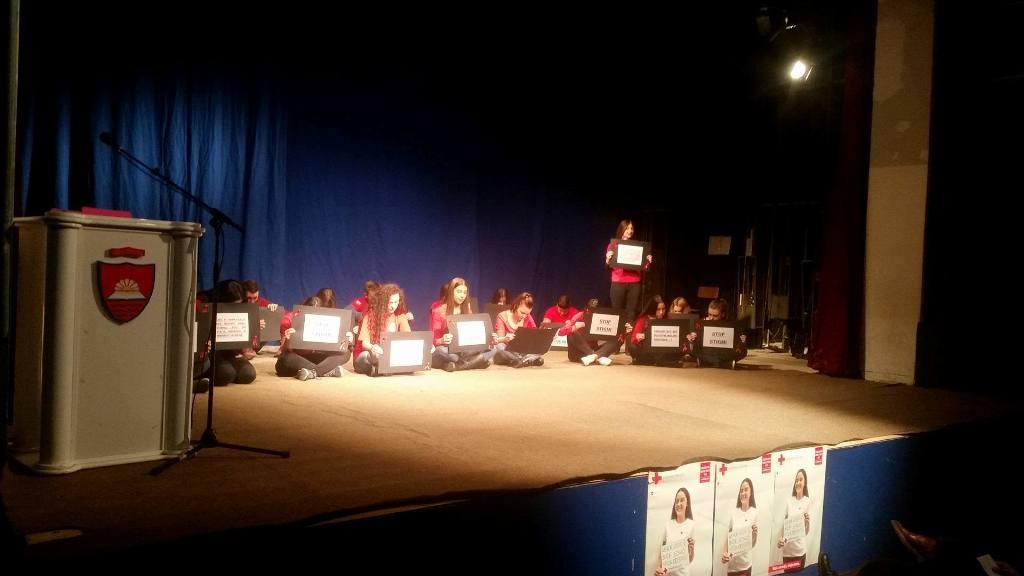 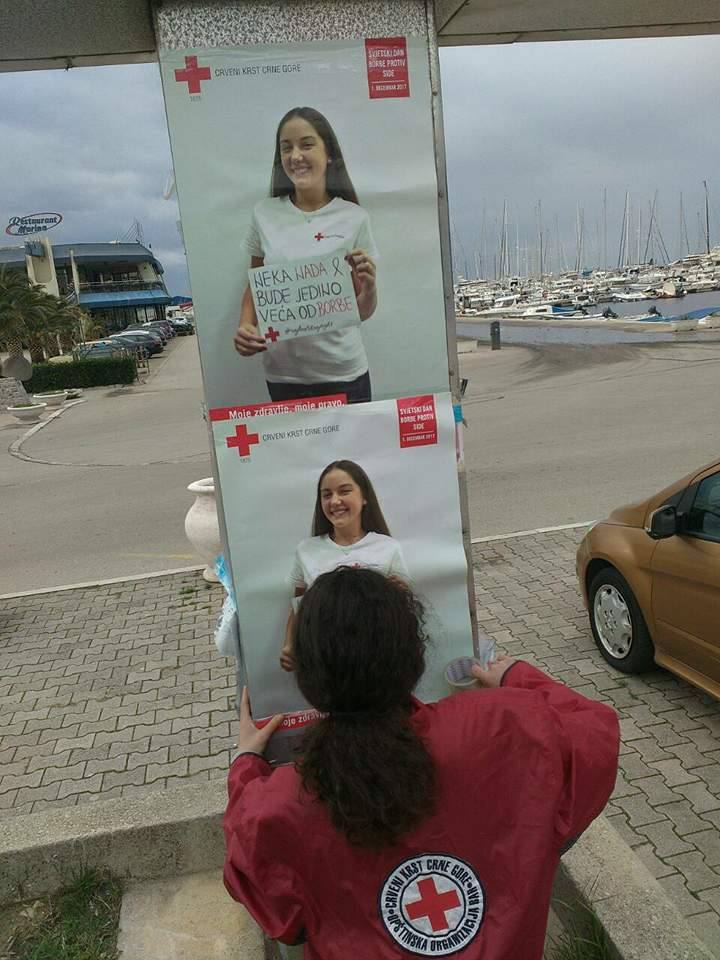