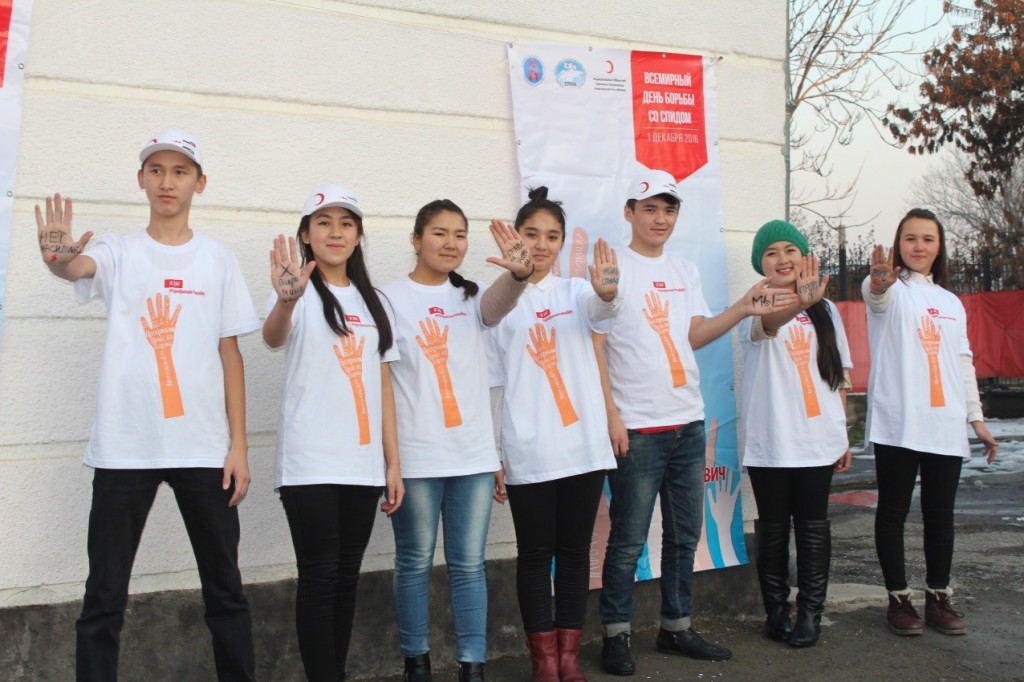 Red Crescent Society of Kyrgyzstan supported World Aids Day by conducting variety of events on 1 Dec 2016 and during next few weeks. First of all there were celebrations throughout the country following UNAIDS strategy Hands Up for #HivPrevention. Activities and concerts been held in Bishkek, Osh, Kara-Balta and other cities of Kyrgyzstan. 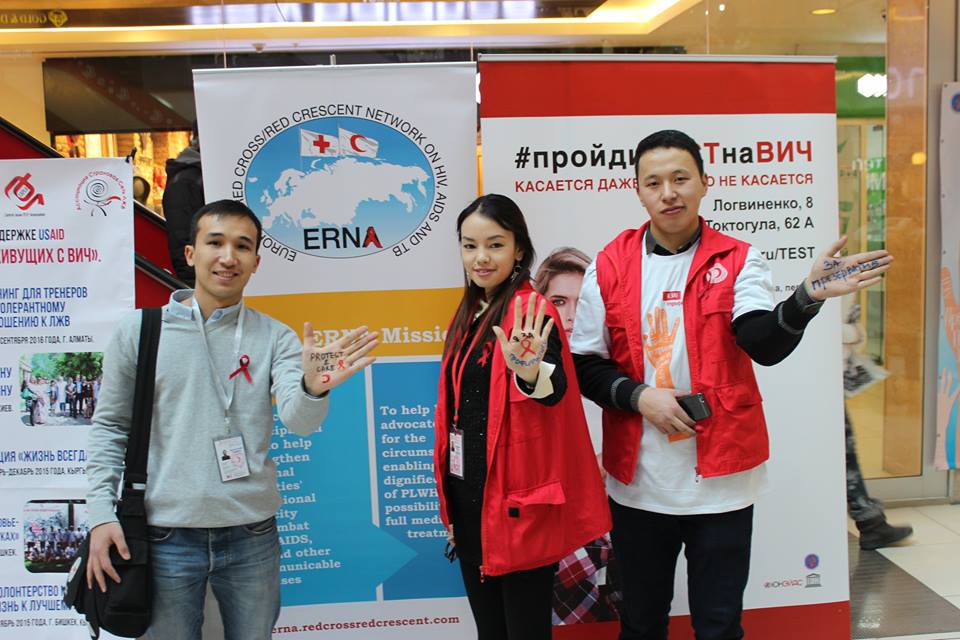 On 1 Dec 2016 public concert was organized by Red Crescent Society and other partners who work in the field of HIV/AIDS at «Bishkek Park» Mall. This event put together hundreds of people from different organizations, volunteers and general population. 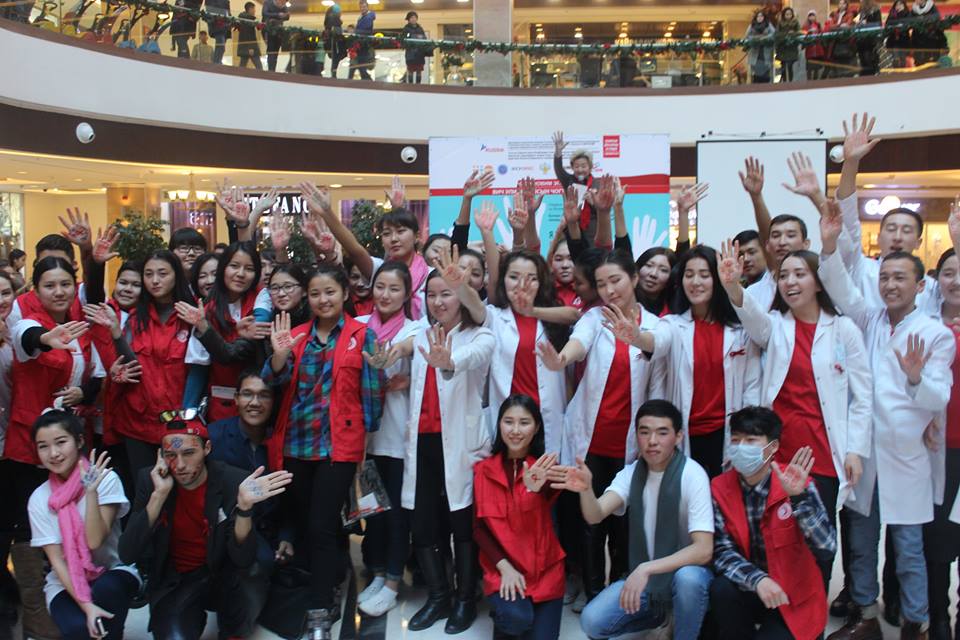 In 2016 in Kyrgyzstan were registered 6658 cases of HIV (citizens of Kyrgyzstan). Out of that number: 1039 cases (15,60%) in Bishkek, Chui oblast- 1999 cases (30,02%) and 1260 cases (18,92%) in Osh oblast. It is very important to realize the work with PLHIV in these oblasts in order to decrease stigma and discrimination issues. Therefore, RCSK distributed food and hygienic parcels for vulnerable target groups including PLHIV and their children during the informational sessions on stigma and discrimination sessions. 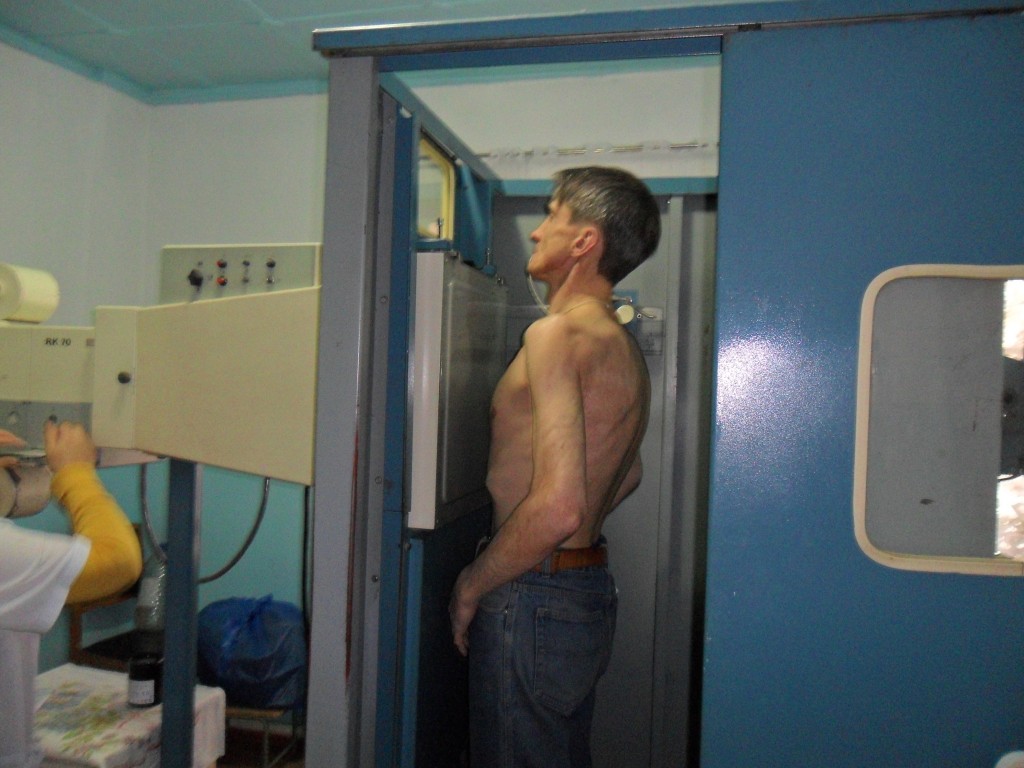 Moreover, together with TB hospitals were organized X-ray and radiography for PLHIV and other vulnerable groups. In total were covered 461 people from vulnerable target groups. As a result of the screening 16 cases were positive on tuberculosis. All these people were directed for more detailed screening for tuberculosis. 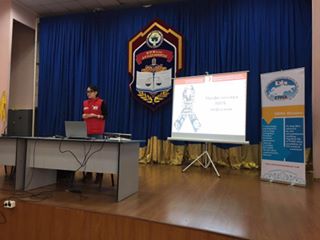 During next few weeks of December, RCSK has conducted information sessions at schools and univercities. Food parcels were given to PLHIV and other vulnerable groups. X-Ray examination was provided for free for PLHIV, Drug-users, and other people who are in a risk group.

Round table was organized by RCSK to sum up the effort against HIV and work efficiently.

Within the campaigns which were dedicated to the 1st of December-World AIDS Day were covered 13445 people on the following target groups: